With more than 65 million people visiting each year, New York City is by far the most popular tourist destination in the United States, and consistently one of the top ten most visited cities in the world every year. The world’s 4th largest, and probably the most famous, metropolis, New York is a worthy addition to your travel bucket list – even if you’ve already been! With that in mind, here are some frequently asked questions and must-know facts about the city.

New York City on the map

New York City is located on the North Eastern coast of the United States.

How Many People Live in New York City?

New York City is home to almost 9 million people as of the 2020 census, and is the most populous city in the United States, comfortably beating Los Angeles(link) which is home to less than 4 million people, despite being more than 50% larger than New York. 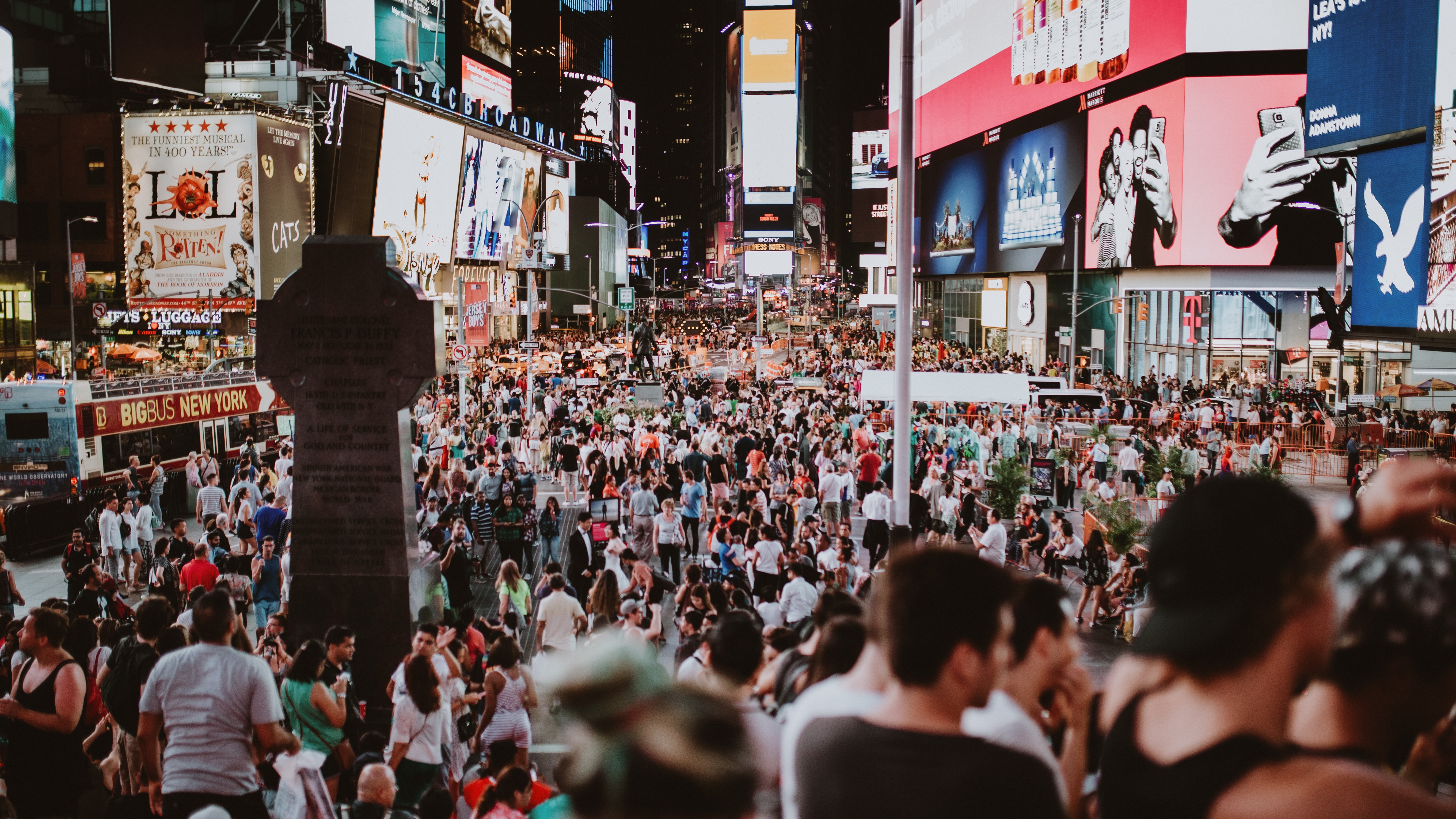 The New York Metropolitan Area, spanning close-by parts of New York State, New Jersey, and Connecticut also makes up the largest metropolitan area in the country with more than 20 million residents. Despite making up a huge area of more than 6,500 square miles or 17 thousand square kilometers, the New York Metro area is closely linked with one of the most comprehensive transport networks of the country.

What Language Is Spoken in New York City

English, of course, is the most widely spoken language in the city by a large margin. Still, New York is home to a wide variety of people from all over the world. Although most everyone you encounter in the City will speak English, it is actually not the native tongue of more than 35% of the population. Almost 20% of the population is native Spanish speakers, coming from all over Latin America and Spain. Chinese is the third most spoken language in the City, with Cantonese and Fuzhounese spoken commonly in Chinatown.

How to get to New York?

New York City is located on the Northeast corridor rail line, which is the busiest and most important passenger rail line in the United States. If you live on, or happen to be in, one of the major cities on the line like Washington DC, Philly, or Boston, rail is definitely an attractive option.

If you don’t happen to be as luckily located, you’ll likely have to fly into one of the city’s 3 airports. It’s important to know that Newark Airport (EWR) is quite far from the heart of the city, and is technically located in New Jersey. It can be an attractive low-cost option, but make sure to factor in transportation costs and time to your final destination before booking tickets. Both JFK and LGA are located on much friendlier subway lines if you’re trying to get to Manhattan or Brooklyn.

What is the Main Cuisine in New York City

A truly global metropolis, New York City offers one of the widest varieties in cuisine you can find anywhere. Some of New York’s staple cuisines include:

In addition to these local flavors, you can find some of the best restaurants in the world in the City, ranging from local delicacies, to 3 Michelin Starred fine dining options.

Where to stay in New York City?

Chances are you’re going to spend most of your time in Manhattan, so if you have the budget for it, we’d highly recommend staying in Central Manhattan. There’s definitely no shortage of hotels of any quality on the island, but for a 3 star or above experience, be prepared to pay upwards of 200$ a night for two people.

If you’re on a budget, we’d recommend checking out accommodation options on the New Jersey side, where you can find hotels for significantly cheaper, located close to public transportation options that can get you into the heart of the city in under an hour.

What should I Wear in New York?

New York City, and the American North East in general, has a variable climate with temperatures changing significantly depending on what time of the year you visit. The New York summer is very hot and humid, warranting the lightest of summer outfits. The winters on the other hand can be brutally cold and windy, with temperatures frequently dropping below freezing. Heavy winter wear can be a good idea depending on how cold you get. We’d definitely advise checking the weather before packing for your trip!

Is 3 days in New York Enough?

Although you’ll get a chance to visit plenty of the city’s iconic tourist attractions, New York is such a massive tourist destination that there’ll be lots left to see after your first 3 days. You can probably pack enough highlights to be satisfied with 3 days like the Empire State Building, Central Park, Statue of Liberty, and a few more, but there are so many more iconic buildings, museums, and parks in the City that we’d recommend more days.

How many days should I stay in New York?

We would recommend spending at least a week in the City, if for no other reason than to sample the seemingly infinite variety of cuisines that can be found. Manhattan, home to many of the world’s most iconic buildings, deserves at least 3 full days, and neighboring boroughs also have a lot to offer. Brooklyn deserves at least a day or two on its own. If you’re the walking type, there are plenty of good walks in the area, one of my favorites being walking over Manhattan Bridge to Brooklyn and taking in the city skyline from the other shore! 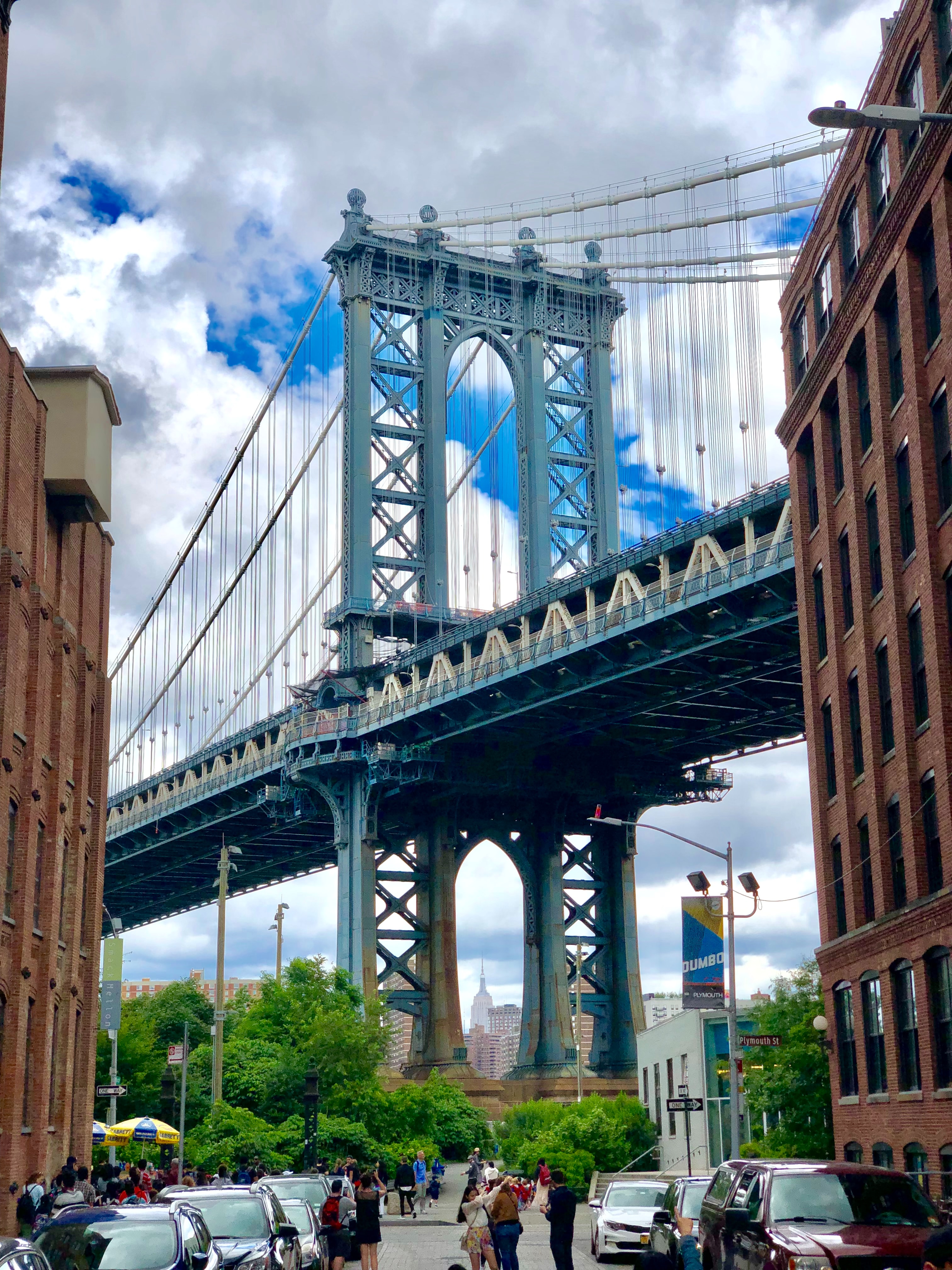 What are the most visited places in New York?

Although not a comprehensive list at all, below are some of the most popular tourist attractions in New York City:

In one word, yes. New York is one of the most expensive cities in the United States. That being said, it is possible to visit New York on a budget. There are much cheaper accommodations on the New Jersey side of the Hudson, you can definitely find super tasty food for less than 15$ a person at food carts or iconic restaurants like Xi’an Famous foods. Transportation is also quite approachable with the city’s walkable layout and extensive subway network that can take you most places in under 30 minutes and 3$.

Do walk fast. New York is a fast moving city and people will be annoyed if you block them with your slow pace.
Do dress for the right weather. You’ll want winter gear in the winter.
Do visit boroughs other than Manhattan. Do at least take a trip to Brooklyn and experience the unique culture and the unmatched view of Manhattan.
Do visit a Jewish Deli and grab a bagel or pastrami on rye, it’s a tasty New York experience.
Don't drive or take a cab if you can avoid it. Walking and taking the subway is likely to be much faster and cheaper for most places.
Don't wait in line to get a MetroCard (a subway ticket) as you can tap a credit card or even use your phone to pay for your trip
Don't jaywalk or stop in the middle of the street. People, or worse yet cars, will run into you!
Don't eat or stay in the most tourist-y areas. Especially locations close to Times Square are almost guaranteed to be more expensive and lower quality than you’d like.


What to know before traveling to New York?

To sum it all up, here is your New York cheatsheet: