After we stepped off the L-Train, listening to my friend’s chattering soon became an afterthought to my attempts to get as far away from the Chicago River– and the icy wind blowing off of it– as possible. Embraced by just a green windbreaker, I angled my path from sun spot to sun spot for brief breaks in the downtown chill. My companion dodged around my bullrushes to warmth. Didn’t you have anything thicker to wear? No, Kobi. That’s why were going coat shopping. Not even a scarf? I have a scarf. But you didnt bring it? No, Kobi. I guess I’m just not very good at this weather thing. After moving to Chicago from Dallas for college, I was getting used to the icy months that stretched from December to March. But I wasn’t just making do with Chicago’s winter. There would be mornings when I walked to class, wrapped in my coat and only feeling the cold on my cheeks; it was more effective than any cup of coffee at waking me up. On my way to campus, I cut through a short path framed with trees on either side. It looked like something out of Narnia: berries bright red in icicle shells longer than my hand, tree limbs bowed under a blanket of snow half a foot thick and untouched in their crystal shimmer. The crunch-dip of my steps as I walked through the thick snow caused me to move with a certain momentum, carrying me down the street and through the Windy City’s notorious winter– a winter not only to be survived, but one worth the experience of surviving.

Even Buried in Snow, the City Still Functions Chicago is a city used to the cold, built so the threat of ice that would debilitate Dallas poses barely an inconvenience for Chicago’s infrastructure. During my first winter there, I woke up to sidewalks cleared of snow and salted, so those of us with bikes could still ride to the nearby grocery store after class. Law school students commuting from downtown shared the road with city buses, functional even in a foot or more of snow, and searched for parking on the Midway. Life, rather than stopping in the winter, moves indoors. Ever-popular cafes grow full with people bundled in winter-wear. Down-insulated parkas or thinner puffer coats bob down Michigan avenue in little splotches of color bobbing as everyone finds their own way to acclimate to the cold. Underneath these outer layers, a sweater over a t-shirt and jeans offers enough of a supplement to keep warm. Feet protected by Chelsea boots or any other water-proof shoe paired with enough socks carry people to Chicago’s Water Tower Place mall for Christmas shopping.

Outside, the Magnificent Mile, already swept up in an air of otherworldliness with its collection of boutiques and luxury stores, is stunning. The trees turn to glitter under their wrappings of Christmas lights, and you can glimpse your reflection in the shop windows– hair held in place under a scarf that wraps up around your nose and mouth, revealing wind-kissed rosy cheeks and looking at place in the movement of the holiday season. Equally adorned, Millennium Park’s offerings include not only the iconic Chicago Bean, but also an ice skating rink (one of many decorating Chicago come November) which my friends and I found ourselves frequenting– gigglings at our attempts to get off the ice and warm our hands in each others’ and on a cups of hot chocolate when that failed. 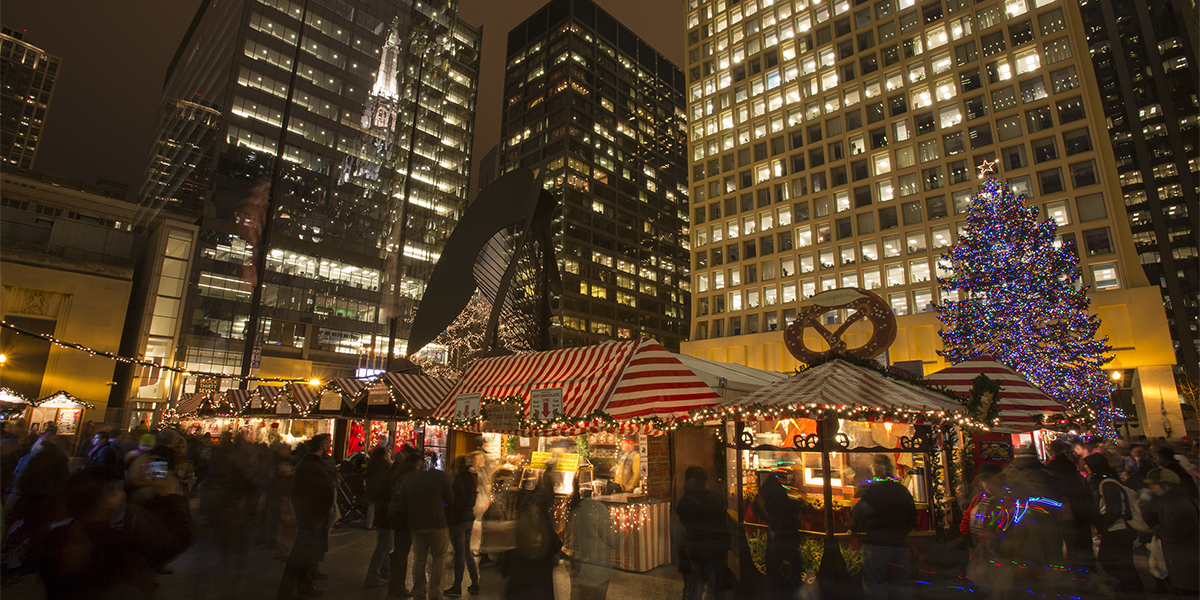 A View of the Water 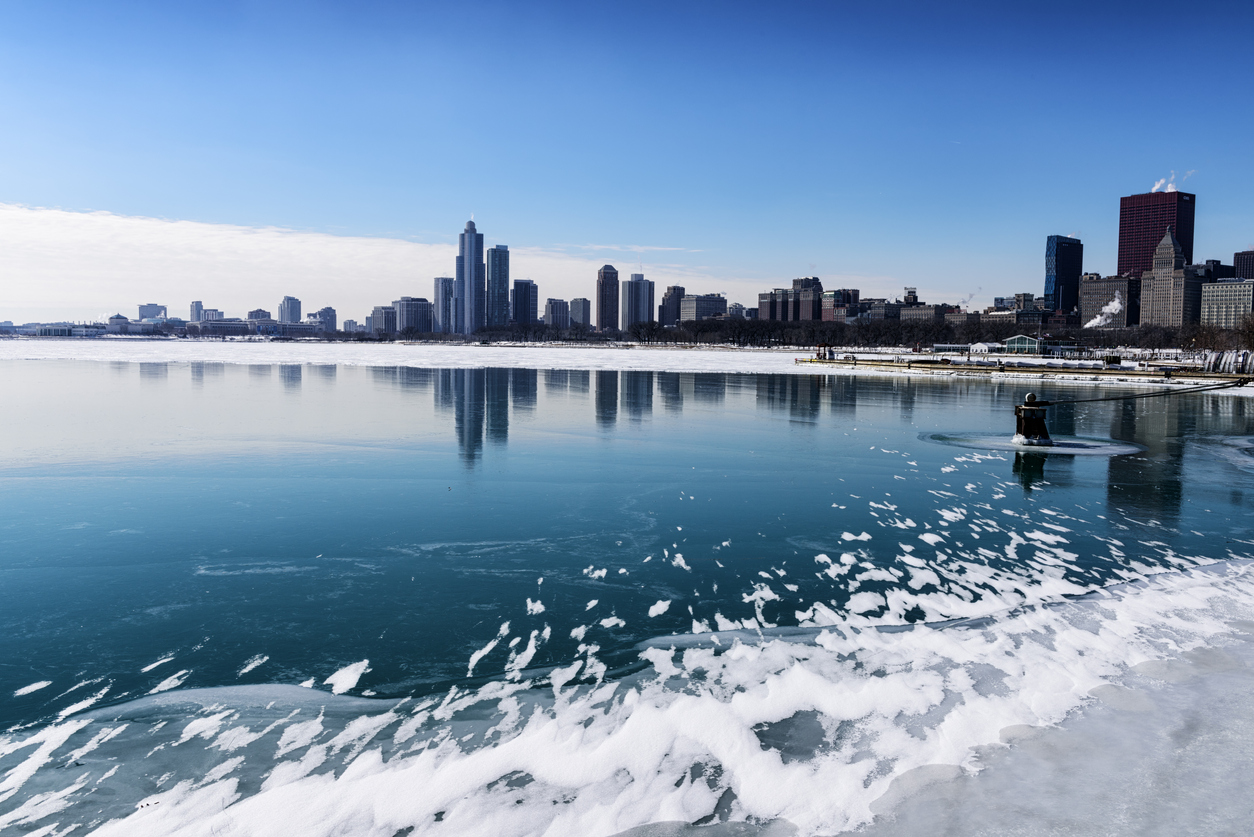 For me, it was Lake Michigan that convinced me that a winter passed in Chicago was beautiful because of the cold that had so intimidated me. Visible from my dorm room window, as winter settled over Chicago I watched the lake’s coloring grow muted, as though a pane of isinglass was slowly lowered upon the blue waters. Descending to the beachfront, I got a closer look at the Great Lake in the process of freezing over: a lip of ice, expanding back from the shoreline and curving further and further out across the water– as though the lake and Chicago itself were smiling at me.